The sexual revolution and Hollywood

“You left home as a teenage virgin and moved to Hollywood alone during the sexual revolution. What did you discover when you went to Los Angeles? How did the Hollywood establishment treat young woman in those days? Was there a lot of sexual harassment? Was the free love movement a good thing in your opinion? “

My response to this question is this.

May 05, 2019 by Kathalynn Turner Davis
Early in life I made wishes upon stars, setting the course for what
would become my destiny. Every night before I fell asleep, my ritual
began with Star light, star bright, first star I see tonight, and I’d wish upon
the first star I saw. On cloudy, starless nights I’d close my eyes and imagine
a single bright, twinkling star. I’d lie back and transport myself to
an elegant, exciting world where I was surrounded by everything missing
in my present one. I saw myself living in a large, finely decorated
home with an adoring husband and beautiful children. I was an actress
in Hollywood, performing in movies and television and traveling the
world. I even saw myself kissing Elvis Presley (I kissed Elvis a lot in those
dreams). There were no limits on these flights of imagination.
I couldn’t have put my finger on it at the time, but there was always
something eerily undreamlike about these transports; they often felt
more real to me than my current, more tangible world did. So I believed
they were little windows into my future rather than unlikely fantasies. Of
course, not everyone agreed.
Read More 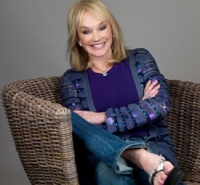 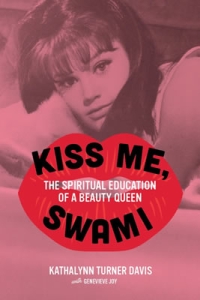